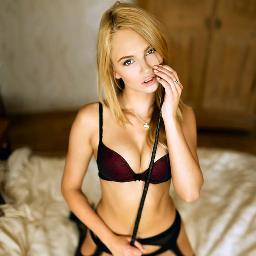 The excavations have been conducted by Pernicka and Associate Professor Rustem Aslan for three years. Boris Orates in Latin! From Bloomberg : For the first time in many years, the ruler of London addressed the assembled populus in Latin. Boris Johnson, mayor of the U. There's yards of it.

So the mayor plunged on. He is himself, as Neil McGregor, director of the museum, pointed out, the ruler of a vast empire, namely the London government machine. It was an impressive performance. But most British officials nowadays probably no longer have a working knowledge of Latin.

It may be that this was the best Latin speech made by a British politician since the Romans departed in the fifth century. Mayor Johnson studied Greats -- a four-year program in classics -- at Oxford, and is evidently a master of the Latin language. Where's Our Pantheon?

Emperor Boris, it turned out, had a bone to pick with the other emperor, Hadrian. In the rest of his empire, Hadrian had constructed magnificent palaces, villas and temples such as the Pantheon in Rome, still one of the greatest buildings in the world. But what had he put up in Britain? A wall. An effective wall, in fact, would have excluded several members of Gordon Brown's government. The Emperor Augustus, the mayor said, had described with horror their habit of drinking milk. Hadrian, though he did actually visit the country, headed for warmer climes after a mere three months.

There are some, particularly in New York, who might dispute that claim. Still, the mayor gave a stellar performance. How many other politicians could open an exhibition with such aplomb? You could have sold tickets for the event. It raised the question of what's next for Emperor Boris?

We shall see how far his charm and eloquence will take London's new mayor. Adriatic Tomb. From ANSA : The tomb of a woman who died around 2, years ago on the eastern Italian coast is helping archaeologists piece together the vast trade network that once linked this area with the Middle East, North Africa and Greece. Experts working on a tomb near the port of Ancona say the site contains over artefacts from the 7th century BC, including numerous items made in other parts of the world. The pieces demonstrate that an extensive network of contact and trade once linked this section of the Adriatic coast not only to Sicily and southern and central Italy, but also much further afield.

The tomb contains artefacts manufactured in sites as far away as modern-day Egypt, Rhodes, mainland Greece, the Palestinian Territories and Anatolia. Of particular value are five glazed pottery pendants, which were made in Egypt. Probably used as amulets, they are each six centimetres in length and are shaped like seashells. Also of special interest are a bowl and lid, intricately decorated with horses, and a cowry disc from the Indian Ocean. This latter was considered a fertility symbol and was reproduced in Ancient Egyptians tombs. Among the other items contained in the tomb were pendants of ivory, glass paste and amber, scarabs, and belts of buckle and bone.

The head of the archaeological project, Maurizio Landolfi, said: ''These items were possibly transported to the Marche along with consignments of amber, which was in great demand for decorating jewellery and homes''. Over the last two years, over tombs have been uncovered in the area, particularly around the towns of Sirolo and Numana. Its span embraces diverse parts of the world from antiquity to the present. It maintains ICHOS' original aim of giving major attention to ancient slavery alongside modern and contemporary slaveries.

On that note, I really, really, really wish that a pile of sites that update content regularly or semi-regularly e. Since we're having television difficulties and no one's awake yet, I've got a chance to catch up on a pile of little things that have mysteriously accumulated over the past weeks I'll get caught up with book reviews later today or tomorrow I'll never figure out why, when I have more time to attend to these things, I actually seem to spend less time doing it : Not sure whether I've mentioned recent updates at Aoidoi yet, but there's Mesomedes 3: Hymn to Nemesis and a couple of elegaics from Solon A BBC video report about a Kent publishing house giving its staff Latin lessons at lunch time the boss is a former Classics guy Caroline Lawrence dropped me a note to inform us that Season Two of Roman Mysteries has started and there are clips and other goodies available There's a kerfuffle brewing as Iran gets its nose out of joint over Spiegel's spin on the Cyrus Cylinder And just in case you didn't get the verdict in the Lesbos v Lesbians case Piles of folks sent in the Astronomy Picture of the Day which had Jupiter rising over the ruins of Ephesus potential wallpaper, albeit with a red line Mike Bishop writes in to inform us that both volumes of Lorica Segmentata are now available online here's one Mata Kimasatayo sent in a couple of items thanks, as always I'll let folks decide for themselves what they think about the conspiracy theory behind Caesar's Messiah Double-take headline of the week: Helen of Troy Dead Ben Jonson William Golding Roman Burial in West Sussex.

The rare find has excited archaeologists who have labelled the discovery as being of international importance. The skeleton is believed to have been a warrior who died around the time of the Roman invasion of England in AD He is likely to have been a prince or rich person of some status because of the quantity and quality of goods found with his remains.

Dr Steve Ford, a director of Thames Valley Archaeological Services, said the site had yielded isecrets beyond compare anywhere in this country. Of particular interest were two highly decorated bronze latticework sheets. These were probably used to cover a shield. It's a very intricate piece of work for its time. The deceased may have been one of the local ruling caste, proud to be buried with his Roman goods. Allowing the dig is a condition of the planning permission granted by Arun District Council to the developers, Berkeley Homes and Persimmon Homes, before they use the land for homes and part of the Bognor northern relief road.

The requirements of the dig have been set out by the county council's archaeologist, Mark Taylor.


The digging has been based north of North Bersted Street. The discovery of the grave was made a few weeks ago but it has been kept underwraps until now to allow the valuable metalwork and the body to be removed to safety for detailed examination and away from the unwanted attention of illegal prospectors. Digging has been going on for several months.

Dr Ford said the isolated burial was the main point of interest of the work. It was found just 40cms, or 16ins, below the surface.

Also present are two latticework sheets highly decorated, perhaps used to cover a shield. The bronze objects have been lifted in blocks of soil by a specialist conservator for careful examination and conservation in a laboratory before they are studied in detail. All of them were graves of princes or chiefs, or possibly priests, he added. Also revealed in the excavations were revealed Bronze Age boundary ditches and occupation, a small hoard of four Middle Bronze Age bronze axes, or palstaves, an Iron Age roundhouse and a Roman building set among fields.

The area would have been used for farming all those centuries ago. Local historian Sylvia Olliver, who lives in North Bersted, said: "I am not surprised they have made such an important find. This area is absolutely full of items from the past. You just don't know what is underneath your feet. The ground was being explored when she moved in about 34 years ago. Just three years ago, the Observer reported on the likelihood of the land north of North Bersted Street being occupied as far back as BC during the Neolithic era. A short video accompanies the original article not firefox friendly, alas Acropolis Museum Update.

From Global Atlanta : The new Acropolis museum in Athens, Greece, is scheduled to open in September, marking the end of the monumental tasks of building a ,square-foot structure on an earthquake prone site and then transferring 2,year-old antiquities into their new home. Besides being able to see the antiquities in natural light, Dr. Pandermalis said the visitors would be able to look at them from all sides and come up very close to them. The new museum is located some yards to the south of the Acropolis hill, where the year-old original museum stands.

The new, mostly glass structure faces the Acropolis and provides an excellent view of the Parthenon Temple and other structures atop the hill. Here's part one of the interview in video form it's somewhat difficult to watch Roman Dog Burial sort of. From the BBC : A Lincolnshire charity has had what could be a 2,year-old dog skeleton donated to one of its stores.

Caroline Grosse, from St Barnabas Hospice in Lincoln, said: "I was a bit shocked as bones are not something you expect to find donated in a box. Mrs Grosse said the skeleton was discovered at the charity's sorting centre. Missing dog "It's not a big dog, probably like a small whippet or greyhound. There are lots of bones, though perhaps not all, but its like a big jigsaw puzzle," she added. A note from the Society for Lincolnshire History and Archaeology which was included with the donation said the skeleton dated from the Roman era.

The charity shop has had some other odd donations, including false teeth and hearing aids.


David Moir, from the Association of Charity Shops, said other unusual donations to shops across the UK included a practice grenade, a donkey and a speedboat. Antony Lee, collections officer at the museum, said: "Animal bones are very common finds on archaeological sites so they are not valuable as such but they are interesting. Keeping Up with the Classicists. Saw this in the Athens Messenger : Vacant positions on the city's planning commission and zoning board resulting from members resigning in protest have been filled by Athens Mayor Paul Wiehl with new appointees.

Wiehl on Monday appointed Nicholas Bittner, a designer with Panich and Noel Architects, to fill the vacant seat on the planning commission. He also appointed residents Joan Kraynanski and Lisa Carson, both officers in neighborhood associations, to the city's Zoning Board of Appeals. Lullingstone Roman Villa. From the Guardian : A rare, complete set of 30 glass counters for a Roman board game has been set out again, more than 50 years since they were excavated and almost 1, years since they went into the tomb with their twentysomething owner.

His skeleton, still in its handsome scallop shell decorated lead coffin, is now surrounded again by the refreshment provided for his journey to the next world - flagons, bottles, spoons and bowls, and the 30 counters, probably for the gambling game duodecim scripta, laid on top of his coffin - as well as hundreds of other objects excavated a lifetime ago but now going on show. The ruins of Lullingstone Roman villa in Kent have been on display since the s. But the leaking structure used to cover it was not safe for the more fragile objects, which remained in store.

The death of the gambler is still a mystery. He and a woman of a similar age were the only burials found in a mausoleum built behind the opulent villa around AD. Robbers found and destroyed her coffin centuries ago. 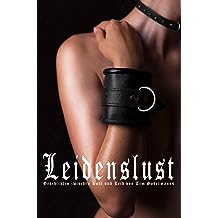 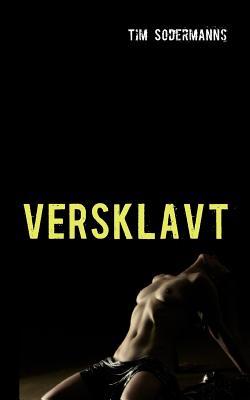 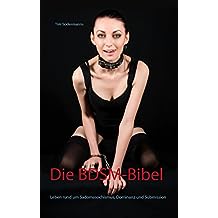 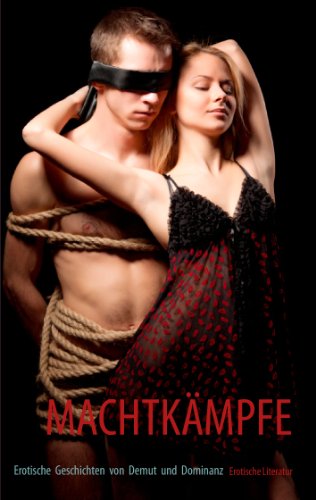