At ARU, we are committed to making sure that everyone in our community is treated with dignity and respect and these principles are supported by our corporate values. Bullying, discrimination, harassment, hate crimes, sexual violence and domestic abuse can happen to anyone regardless of age, gender, race, sexual orientation, religion, class, or background.

Unsilenced is our online reporting tool to make it easier for students to tell us their situation so we can respond and offer support if the student wishes. Report an incident of harassment anonymously if you don't want to be identified. Alternatively report an incident and get support and we will be in touch with you.

Get emergency help. If you are in immediate danger or seriously injured, you can call or from a mobile. Find a safe space.

If an incident has just happened try and find somewhere that you feel safe. If you are on campus and are scared or fearful you can contact Security using SafeZone or by calling 68 James wrote a book several years ago called, Unsilenced: How to Voice the Gospel , and I have been using it with groups around the country ever since.

I met James at a conference in North Carolina where he and I were speaking; he sent me the book prior to the event. He understands our fear and hesitancy and has learned to overcome these obstacles in his daily life. I read it on the flight to the North Carolina conference from Southern California. How can we ensure data structures and governance to be open, transparent and democratic? Can open data principles in governance and research become method to mitigate such entanglements of science and state power?

When presently working on my dissertation, I re-experience the disappearance of data with the Trump presidency.

Disappearing from screen and no longer accessible, Climate Change data from government websites has moved offline. Already before the administration took over, we found references to Climate Change being deleted in the attempt to protect programs from defunding listen particularly at onwards. How we categorize, order and sort data, how we name things, matters.

Trump led me to read Derrida. Key collaborators for my research in government positions, who openly spoke with me about Climate Change policies before the election, fell silent. Key sources for my research became inaccessible.


Organizing the March for Science, colleagues associated with the government were afraid to be visible in their organizing efforts, afraid of retaliation: jeopardizing their careers, employment, or access to research funding. Yet, data can be empowering and liberating. Here rests a responsibility for STS scholars to bring our methods, questions and analytical skills to the table with communities, activists, local, state and federal governments, and in partisanship for democracy and social justice in and through diverse communities.

In this responsibility we as a discipline and individual researcher have to become more cognizant about our own openness to the diversity of communities we work with, and produce our data with and about More explicitly, we cannot afford ideologically one-sided partisanship on the micro-level in combating macro-scale issues, such as Climate Change, just as we cannot affording the ignorance and exclusion of the experiences, needs and local situated knowledges of communities that run against our personal political ideals in seeking solutions to these issues. Perhaps STS scholars, students and researchers need to become better in its openness to those communities we would expect to find ourselves in opposition to.

All this comes with its own set of questions: What kinds of data can citizens not produce? How to ensure data openness and sharing? How can data become usable for e. And in turn we will have to confront questions regarding our own discipline, its purpose and commitments, but also the risks, bargains, and responsibilities that such partisanship implies and affords for researchers along different career trajectories, from different cultural, ethnic, and epistemological traditions and backgrounds.

Under the Trump presidency I see a newly growing investment of STS in activists contributing to community efforts that emerge from an sense of necessity. Canadian STS scholars, amongst them e. Michelle Murphy, took a lead in the EDGI data rescue effort in response to the disappearance of environmental and climate change data on U. STS can be key resource in building community capacity, enabled through such partisanship.

This is a central lesson I draw from my work while simultaneously informing my epistemological commitments. 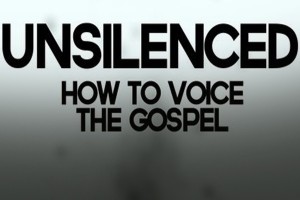